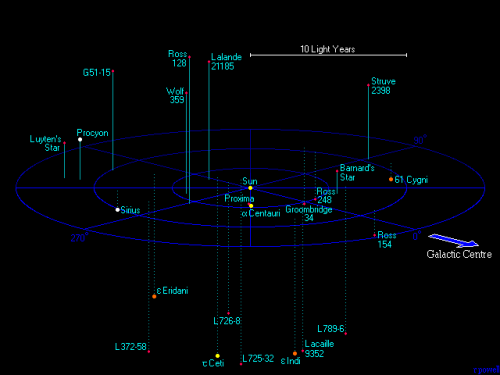 Fellow role-players, here is my last major post before we get into the specifics of group setting, Player Character, and party creation! Why does our choice of game system matter? Wouldn’t any set of generic or science fiction rules work for my upcoming “Vortex” space opera campaign?

Well, yes and no. As with my other settings — the “Vanished Lands” for fantasy, “Gaslight Grimoire” for steampunk, the superhero/espionage world of the “S.J.I.,” and the shared time/dimensional travel of “Voyagers II” — I’ve been running 5,000+ years of continuity through different editions of various games, most notably Dungeons & Dragons.

On the other hand, some games are more generic than others, which bundle specific worlds, genres, and rules. For example, Shadowrun Fourth Edition combines aspects of traditional fantasy (demihumans and magic) with one dystopian cyberpunk future and dice pools. It might work well for steampunk, but probably less so for lower-powered settings, optimistic superheroes, or certain types of horror.

I want to find rules sets that are easy to learn and teach, offer room for character development and player creativity, and provide support for basic space opera tropes — species, technologies, and environments. After looking at dozens of games over the past several months, I’ve narrowed down our options to the following:

–Pros: I used the third edition of Steve Jackson Games’ Generic Universal Role-Playing System for several campaigns back in Virginia in the 1990s, including “Vortex,” so my background notes would need less conversion effort. Character creation is point-based and granular. GURPS set the standard for well-written reference books about different genres and real-world history. GURPS Lite can be downloaded for free.

–Cons: The full fourth edition of GURPS isn’t user-friendly to newcomers, and advanced character options are spread across several books. The rules are moderately “crunchy” and less cinematic than some of the others listed here.

–Pros: Most of the current Boston-area groups are familiar with the D20 Open Game License and system reference documents based on it. Along with Mutants & Masterminds, Saga Edition is arguably one of the most streamlined implementations of D20 and is compatible with numerous other D20 science fiction games that I own. Character creation is fairly simple, and most classes need little modification. George Lucas’ updating of space opera from the serials of the 1930s and 1940s to the 1970s and 1980s is obviously a major inspiration for “Vortex,” so it’s close in tone.

–Cons: Wizards of the Coast has dropped the Star Wars license, and the “e20” generic system being written using the D20 OGL isn’t complete yet. Players familiar with “A long, long time ago, in a galaxy far, far away,” will have to set aside their preconceptions for the futuristic setting of “Vortex,” and the Jedi in particular would need rework for the Mystic occupation.

–Pros: Fellow Game Master Brian W. has demonstrated Fantastic Adventures in Tabletop Entertainment in his “Spirit of the Caribbean” and “Fierce Frontier” one-shots, and he has been successfully running fantasy using the Legends of Anglerre variant. FATE has gotten good support (including the Icons superhero game) and allows for collaborative storytelling and world building.
–Cons: There is a learning curve because FATE is conceptually different from most class/level-based systems. Starblazer Adventures, which is based on 1980s British comics, is a heavyweight tome and not as clearly organized as other books. It also requires Mindjammer for transhumanist and psionic elements, while Diaspora is Traveller-style hard-SF rather than space opera. (Here are more comparisons between Starblazer Adventures and Diaspora.)

–Pros: This representative of the rules-light and retro-clone movements has the slimmest and cheapest core rulebook. Basic Action Super Heroes! is a point-based system with a d6 mechanic, and the Sci-Fi Edition is meant to be a simple but complete game.

–Cons: Some players may prefer the D6 rules, the anime-flavored Big Eyes, Small Mouth, or one of the third-party systems below. BASH doesn’t have the support of multiple splatbooks, a large user base, or years of playtesting.

–Cyberpunk 2020 –Doctor Who: Adventures in Time and Space (and FASA, other editions)

So how do we pick one game to use? Josh and others have come up with a good recommendation: Each role-player who plans to participate in the upcoming Boston-area face-to-face campaign should create a character using two rules systems. You should pick the two you’re most interested in and be prepared to critique them. Next Monday, 9 August 2010, we’ll start comparing notes and discuss your “Vortex” Player Characters and group party/setting creation in more detail! My next posts will lay out some steps to help with this. Have a good week, -Gene